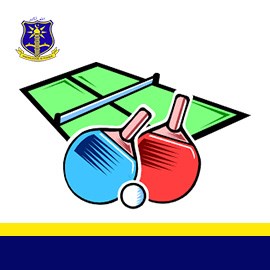 Table tennis is one of the numerous sporting activities organised and sanctioned by the Ashanti sports federation. The event which has been in place for so many years, have seen schools emerging as champions in the competition for which Amass is not an exemption.

For some time now Prempeh College and Kumasi Technical Institute have dominated the boys division. KTI for instance won it in 2012, 2013 and 2014. Interestingly Real Amass was the first runner up to the following years KTI won the competitions.

Fortunately for the school Amass, they had young, enterprising and hungry for success boys who came up strongly to uphold the winning spree of both Prempeh College and KTI. The life’s of Samuel Antwi, Amos Gashie and Hammond Boakye have helped cement the trophies for the following two subsequent years that is 2015 and 2016 for Opoku Ware School suffered for it, why because the two years Amass won, they won it at the expense of Owas.

In 2015 for instance OWASS met their meter after emerging victorious over all the other schools in different stages of the competition till they reached the finals. T I Amass, who had also overpowered all schools they had met in the course of the competition.

The competition which was held at the premises of Kumasi Anglican Senior High School saw a good and standard final between Amass and Owass. Unfortunately for the Owarriens, Amass beat them 3-1 to lift the ultimate.

In 2016, the story was not different since there were a lot of similarities just like the previous year, 2015. This time the venue had changed from Kass to Owass. This really resurrected the spirit of the owarriens since it was played at their backyard but it yielded no positive results to them.

Meeting their previous masters in the finals, they were beaten again, this time with a slim margin with a score line of 3-2. Amass was finally emerged victorious making them win on two consecutive times in 2015 and 2016 respectively.