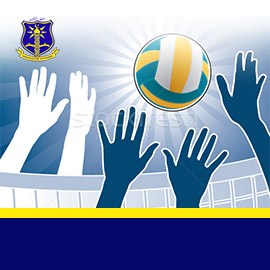 Volleyball is one of the numerous sporting events organised by the regional sports federation in the region. This event has been organised for some years now which has seen Amass and other schools tightly competing for the ultimate.

With the able leadership of Mr Sakyi, in 2013 the school won the competition for both boys and girls. In the boys division Kumasi Anglican Senior High School met Amass in the finals but they were beaten.

On the other hand Kumasi Girls Senior High School also met Amass in the girls division but lost to the real school.

In 2014, an unfortunate incident happened in the boys division as we were kicked out in the second round of the competition. It was total different story for the girls as they once again defended their trophy with the previous finalist KGEE making them suffering in the hands of Amass for the second consecutive times.

In 2015, the game was withheld thus no competition at all.

In 2016, the boys came back strongly to win the ultimate once again. They met Tepa Senior High School in the finals and beat them 2-0 in the best out of the three finals. In the girls division we placed third by beating KASS by 2-0. Kudos the winning team.