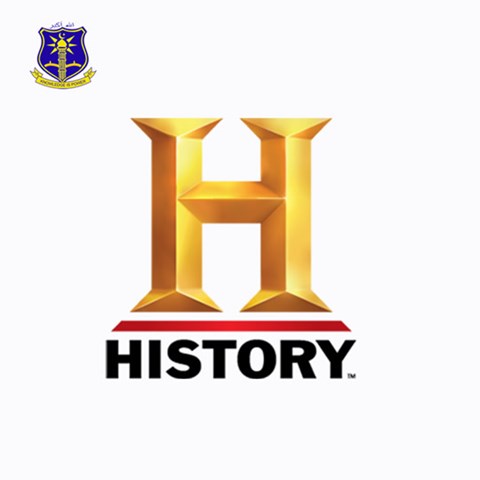 Between 1948 and 1952, three secondary schools sprang up in the Ashanti Region, all of them sited in Kumasi, the Region’s capital. In order of seniority (that is, the date of establishment), these were Prempeh College, T. I. Ahmadiyya Secondary School and Opoku Ware. What made T. I. Ahmadiyya Secondary School different was that, while Prempeh and Opoku Ware were Christian mission schools. The school was founded by a Muslim organization, the  Ahmadiyya Movement in Islam, now more popularly known in the country as the Ahmadiyya Muslim Mission. This was at a time when, rather regrettably, some Muslims thought that taking your child to the whiteman's school was the surest way for the child to go to hell after death. To the Ahmadiyya Muslim Mission, however, setting up Whiteman’s school was in line with the Holy Quran’s teaching about the acquisition of knowledge.

Not long after the first Pakistani Missionary of the Mission arrived at Saltpond, the Mission’s first primary school was founded. That was some 77 years ago. In March 2001, T. I. Ahmadiyya Secondary School celebrated its Golden Jubilee. How has the school fared? The decision to establish a secondary school was taken without too much sweat. What presented initial problems was the decision on where to site the school. After much discussion, the final decision was taken to site the school in Kumasi.

The beginning was not so hopeful. Funding for establishing the school came from the meagre contributions of members of the Mission, not a very large group back then, and assistance from the Missions headquarters in Rabwah, Pakistan. Structurally, it was no better. The Mission borrowed two classrooms from its Primary School at Asafo, Kumasi near the Ropoks Café. It was not until 1954 that the school moved to its present site near the Kumasi Sports Stadium.

Right from the beginning, the school threw its doors open to both sexes, to students of different ethnic groups, religion and nationality. But there were problems. It should be noted that, in addition to their duties as administrators, the Principal and the Vice principal also taught classes. Dr. Ahmad taught Geography and English Literature while Mr. Saud Ahmad taught English Language and History. Both did a very good job. One other problem is worth mentioning.

When the school started, Sunday was a working day for the school while Friday was declared a holiday. After some time, this arrangement did not go down well with the non-Muslim teachers, who were in a majority,  anyway. As  a result, at one time, the school ran a four day week. Friday was still off, Saturday was naturally a common holiday while Sunday was a holiday for the Christians. The problem was to be resolved later when an extra period was added to periods from Monday to Thursday while Friday became a working day but with fewer periods. Initially, there was no rush to obtain admission to the school partly due to the Sunday classes and partly due to prejudice borne of ignorance.

The fact is that there were still those who thought that only Islam was taught at the school. Teachers sometimes told interesting stories of people wondering how they (the teachers) could teach in a Muslim school when they know neither Arabic nor Hausa Even today, almost seventy seven years after the establishment of the school, it is not uncommon for people to ask whether other subjects are taught in the school. They do not ask whether you have to be a Roman Catholic before you can become the headmaster or student of Opoku Ware School. But get introduced to a stranger and the likely question is how you cold be the head of a Muslim secondary school. Some are not even aware that the school has been government assisted since 1956, a full 53 years.

Perception About The School

One prejudice that dies hard has to do with some people’s perception of the school as an abode of indiscipline and violence. Some people gape in surprise when they are told that since its founding in 1950, the school has never witnessed the kind of mindlessly, violent and destructive demonstration for which some other schools have gained notoriety. But that is the truth of course; the school has had its fair share of agitation from time to time since 1954 when the first protest occurred. Fortunately, the school has been spared the kind of mayhem that has often led to the closure of some school and the sending home of students. For example, in the spate of violent demonstration that hit schools in Ashanti in 1992, an unpleasant situation that led to a special meeting of the Regional security Council, the school was an oasis of calm.

Agitations during the headship of the first two Ghanaians headmasters, Mr. T. A. Boateng and Mr. Y. K. Effah during 1994 were peacefully attended to. It has not always been the fault of the students of the school that violence at the stadium and other playing ground has broken out. In any case, sports violence has never been the exclusive preserve of the school. The school has made the strict maintenance of discipline a major pre-occupation. Roguish haircuts, improper dressing, violence against fellow students and other forms of unruly behaviour are anathema to the school administration. But students are not gagged. In addition to a student Representative Council presided over by the Senior durbars, and PTA’s; Student durbars during which the headmaster and staff are excluded so that the students can speak freely to the representatives of their parents, the PTA executives. There are also class meetings.

Academic work and sports also dominate the thinking of the Administration. In its almost fifty seven years of existence, the school has produced a large number of teachers, doctors lawyers, accountants, bankers, lecturers, engineers and ordinary individuals. While it is impossible to mention all of them, one cannot forget such people as Dr. M. B. Ibrahim, the current president of the Old Students Association and the western Regional Director of Health Services. Others include Dr. Sory, the Central Regional Director of health Services, Dr. Tinorga of the ministry of Health, Dr. G. K. Amofa Deputy Director, General Ministry of Health who, until his promotion, was the Ashanti Regional Director of Health Services.

Not to be forgotten are Mr. I. B. K Addo, Ghana’s former Ambassador to Ethiopia, Dr. Kwakye of the Faculty of Pharmacy, UST, Mr. Charles Agyei, Managing Director of GWSC, Mr. Paul Osei Mensah, General Secretary of GNAT, Dr. Kwadwo Tutu of Department of Economics, University of Ghana, and Mohammed Affum. Mr. Gyasi, the first old boy to be headmaster of the school. Three of the chief Accountants of State Transport Corporation have been old boys, namely Jacob White, Osei Assibey and Nicol. In sports, outstanding achievements have included the 1964 national schools football championship win over Fijai Secondary School, the Regional Milo Soccer Championship in 1995 and the Girls Volley Championship in 1997. Outstanding atheletes have included Diana Yankey, Habiba Attah, Helena Amoako and Koora; Joshua Owusu, etc.

With the current population of over three thousand students, T. I Ahmadiyya Senior High School, popularly known as Real Amass and Amass Phobia, has certainly made a useful mark on the educational scene in Ghana.