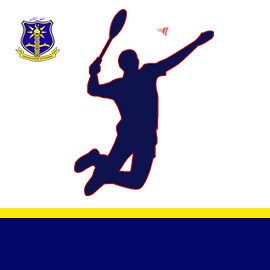 Ashanti Regional Sports Federation has over the years organised a lot of sporting events for the second cycle institutions. Among others are athletics, football, basketball, table tennis etcetera. In 2015, the sports federation introduced another sensational and world recognise sports badminton in the system. The first edition, which took place at the premises of Kumasi Technical Institute, saw 16 schools in all, 8 for the boys 8 for the girls.

The overall Ashanti regional champions undoubtedly in sports (Amass Phobia), once again emerged victorious in the first edition in both boys and girls division. In 2015, when the competition was introduced, Amass presented the lives of Farouk Ameyaw, Collins Berko and Atta Owusu Junior for the boys. On the other hand Rebecca Gyamfua, Abigail Femah and Aisha Musah represented the girls. These are the team which represented the winning team.

The competition which is two year old saw this year’s edition at the same venue at Kumasi Technical Institute just as the maiden edition. The other competing schools prepared very hard towards the competition but their efforts yielded no results, since Amass Phobia once showed their supremacy by defending the trophy in both the boys and the girls division. The school having made a mark in the badminton competition for two years, wish to continue such an unprecedented record by defending the subsequent competition which will be held in the years to come